The Paths They Choose 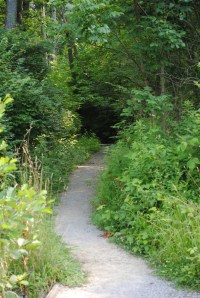 I used to work with kids.  Babysitting, teaching Sunday School/Bible Study, and children’s choir at first.  Then, I worked for the YMCA of Honolulu at one of the branches doing the A+ Program (Afterschool Plus) and Summer School Special Program.  There were always challenges and I found that rising to meet those challenges made me grow as well as helping the child(ren) grow.  There is one child in particular from my A+ days who was my greatest challenge and it made me a better person.  It also helped him stop and think about choices, while also building a measure of empathy for his peers.  He is no longer a child, but a young man in college and an amazing hockey player.

I got into social work for a non-profit agency a few months after moving to Louisville.  The challenges were bigger and more frequent, but watching the young men grow and mature was the reward.

Not every young man was a success story and not every success story had/has a happy ending.  One of the first young men I met when I first started there had returned home and was run over one day while riding his bike home from work.  He didn’t survive.

It is important that you understand these are/were young men who were victims of abuse and/or neglect.  Some of them also victims of circumstance and a system supposed to work in their favor that allowed them to fall through the cracks.  It does not excuse their choices, but it gives them a frame of reference different from our own that leads them to these choices.  When you’ve been beat down by your own family and the system has left you to grow mold through your teenage years while you’ve done everything to “be good” in order to move on to a caring foster home, you begin to believe no one cares.  Some begin to believe it is them against the world until they find someone else who feels the same way.  Once that happens, they forget everything they learned to change their behavior for the better in the first place.

This weekend I found out that one of my kids is in jail awaiting trial.  I was shocked when I heard.  Yesterday, I finally came out of shock and it really started to sink in.  I started looking for information beyond what my friends told me, but everything was just a few paragraphs and that’s it.  I did find video that a station used when he appeared before the judge for arraignment.  I went back into shock.

I started thinking about him again this morning while I was sitting in the Urgent Care waiting room, reading and waiting to be called back.  I was overcome with emotion and started crying as I came out of shock again, remembering the years my co-workers and I worked with him.  I took him out to lunch on his birthday more than once. I went to some of his football games.  I held him accountable for his behavior and he’d get mad, then write me a note of apology when he was done being mad.  He was always just a typical kid/teenager with me.

We want the best for our own kids and the kids we care for, even if they are not our own.  Leaving that job was the hardest decision I ever made because I was so connected to the young men and I knew once I was gone, they wouldn’t have a nurturing female figure until they could move on to a foster home.  The young men are all now adults, living on their own and working.  I have contact with some of them on Facebook and they text me now and then.  They make their own choices.  They are responsible for their behavior.  We instilled that in them.  It is up to them once they leave our care.  It is still up to them no matter how much mothering I do to encourage the ones I have contact with.

Yes, I am sad and upset.  I will be as I process through this.  These situations are difficult to deal with emotionally.  I’ve learned to stay away from broadcasts after an anchorwoman said, “It’s so hard to see kids go down this path.” after an incident years ago.  I screamed at the TV, “HE ALREADY WENT DOWN THE PATH!”  She didn’t see him go down the path, he was at the end of it when the story took place.  She had no idea.  She just felt the need to say something.  I also learned to refrain from reading comments on internet article.  The readers are extremely judgmental and have no clue what they are talking about.  It makes me want to give them a piece of my mind.  And a fist.

I know that the success stories and hearing from the young men I have contact with will soon overshadow this story.

I know I will pray for that young man to make it through this and to pave a new path for himself.

I know life for each of us will go on.