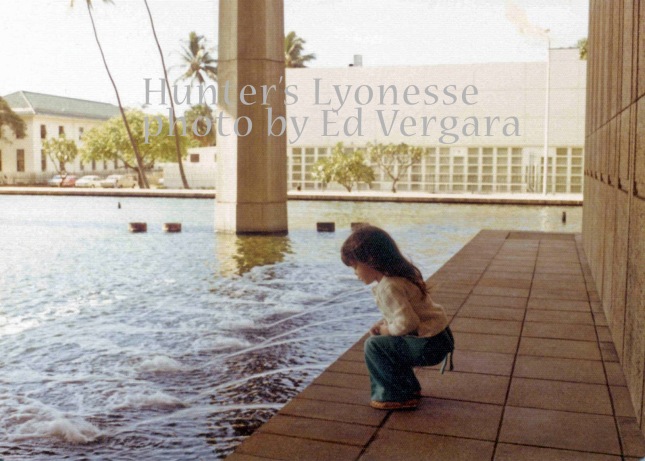 Last month, I zigzagged through the Hartsfield-Jackson Atlanta International Airport and my frustration mounted with the amount of weaving I was doing. Because the thing about having invisible chronic illnesses is I rarely look as bad as I feel these days and the constant maneuvering around people in a crowded airport is exhausting. Then, I noticed Chaz walked in a straight line. Something was wrong with this picture and I asked myself, Why am I the one dodging oncoming people and he isn’t?

Other women were moving out of the way while men stayed on course without straying.

Then I thought, Why do we women do this? Why do we sit in public spaces, folding ourselves up as tight as we can so as not to get in anyone else’s space, and men spread out like they own the world? Why do we apologize for no reason? Why do we get out of the way when MAYBE the other person was in OUR WAY?

I walked with my eyes trained on the middle distance, not focused on anyone or anything, but aware of everyone around me. I did not move for anyone. And you know what? It was liberating.

I didn’t worry about navigating the crowd, I just plowed right through. Stress-free.

On the return trip, I dodged through the masses in the airport then reminded myself to just go straight. Like when you get the “Go To Jail” card in Monopoly. Go straight. Go straight ahead. Do not stray from your path.

So why do we women do this?

When I travel alone and end up seated next to another man on the airplane, I make sure to claim part of that armrest and the floor space so he isn’t creeping into my space. On my way to Richmond, Virginia, several weeks ago, the guy behind me had his foot on my armrest and kicked me more than once. I moved my elbow several times as a reminder that THIS IS MY SPACE. When we went to Columbus to see Butch Walker last November, I had to root myself to keep the guy next to me from pushing me out of my spot (it was a general admission only show). I was there first and there was no way I was letting anyone squeeze me out.

The Pantene commercial shows several ways women are apologizing when we shouldn’t be, including a man sitting next to us encroaching on our space. I’m not sure where “sorry” replaced “pardon me” as etiquette when interrupting or speaking up. That bothers me. I never say sorry to Chaz for taking the covers. Because I’m not. I’M FREEZING and I have no control of my body temperature. Can you tell I’m not fond of the #sorrynotsorry fad?

Sometimes I catch my female friends apologizing for things like sharing their feelings, as if it is wrong to express our emotions. Why should we apologize for having feelings? Everyone has them and everyone has to deal with them. In fact, why should we apologize for anything other than when we have wronged someone? I believe apologies lose their meaning and power when the person doesn’t mean it and when it is overused. I had a relative take to me task last year for a two year old blog post about my opinion and my experience at her wedding in relation to my experience with family parties on the other side of my family. My knee-jerk reaction was to apologize, but I didn’t. The more I thought about it, the more I realized I didn’t do anything wrong. No one was named in that post, I didn’t insult anyone, and maybe a total of five people read it. I’m not sorry for sharing my experience and comparing it to my other experiences. I won’t apologize for that. I WILL apologize for crossing a line I never should have crossed. And when I tell someone I am sorry, I make sure I’m not adding excuses for my behavior. In my opinion, excuses only nullify the apology.

Sometimes it’s not a matter of just dodging an oncoming person. It’s someone physically standing in our way in an attempt to be physically intimidating. I’m 5’2” and I used to work with teenage boys, some of whom were twice my size. When you’re my size and work with kids who act out aggressively, reacting to physical intimidation can’t exist. It gets you hurt if it does. I was fortunate to have a good relationship with most of the boys and even when we were dealing with their aggression, they never directly physically intimidated me. However,  one of my staff (I’ll call him Henry), long ago, tried several different ways to intimidate me. He was tall, large, and unhappy he wasn’t getting what he wanted: getting out of the extra shifts he signed up for on our unit, but not another. Our rule was if you sign up for an extra shift then don’t want it, it’s your responsibility to find someone else to work it. He told me, “Well, I’ll just talk to Joe [my supervisor, not his real name].” Yes, threaten to tattle to Joe in the hopes that I’ll capitulate on the rule. My response of, “Fine. He’s going to tell you the same thing I told you” wasn’t to his satisfaction. He brought one of the boys with him when he approached me again with the same request. Before I even responded to Henry, I sent the kid away. I think he was trying to make me look like the Bitch in front of the boys. The last attempt, for which I wrote him up, was to barricade me in the staff office late one night as I was leaving. He resorted to physical intimidation and telling me I have a power control personality. I called a spade a spade and told him I have no problem asserting myself when someone tries to bully me.

Body language says a lot and our ancestors were taught how to carry themselves based on their gender. It continued to pass down through the generations even as times changed and feminist movement became a focus in this nation. We’re still no closer to true equality. We can teach the next generation how to treat everyone as equals, but we also need to teach the same body language to both genders. Women get to sit in their space in public without someone else encroaching on it. Women get to walk those straight lines. And please, let’s stop the #sorrynotsorry.

And in case you were wondering, I did get out of the staff office without resorting to calling for help or physical contact. I stood my ground, told Henry to get out of my way, and showed him with my body language that I wasn’t intimidated.

Posted by Debi Smith on September 26, 2014 in Uncategorized