Where Have All The Good Men Gone? 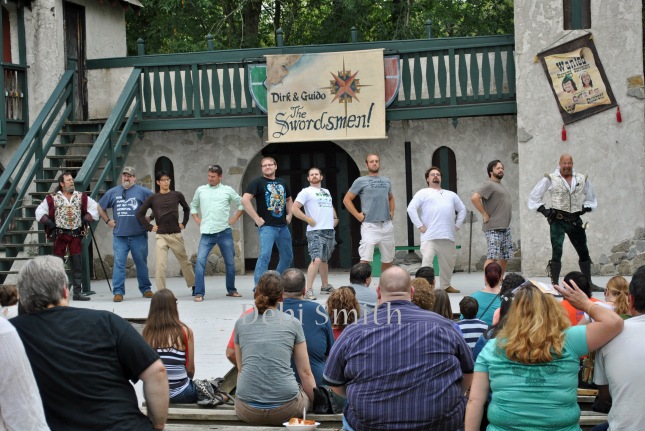 Dirk & Guido teaching men how to be more manly to woo women.

In the last couple of years I’ve noticed the domination of the antihero taking center stage in my reading. It’s all over TV too. In Sons of Anarchy, we know they’re outlaws and ex-cons, yet we still root for them and their happiness. Orphan Black had me still trying to suss out Paul last year and then they throw Cal into the mix. By all appearances, Cal is Mr. Nice Guy, but why is he hiding a gun and why does he appear shifty at times? The Blacklist – Raymond Reddington has become everyone’s favorite criminal since Walter White. I wasn’t immediately sold on the show, but James Spader kept me coming back until I was hooked. Just when you think you know what’s going on, you don’t. We love these bad boys. We love the excitement the danger brings. We fall for their smoldering good looks. We are drawn to the mystery and need to know more.

It takes skill to write a compelling Bad Boy. I’ve read some duds and it’s disheartening to see a lack of development in the Bad Boy. Instead, he’s just an asshole with no depth who the heroine falls for easily. Antiheros lack the qualities of archetypal heroes, such as courage and morals. Most Bad Boys I’ve come across in books have an air of mystery about them and I expect the reveal of that mystery by the end of the book. When it isn’t and I’m expected to wait for the sequel when the book is at the minimum word count to be considered a novel, I feel there is more value placed on selling books than delivering on characters and plot. It doesn’t make me want to buy the sequel to find out. It just pisses me off. Readers need that piece of vulnerability showing us he’s human, lovable, and redeemable. When readers are denied that, the Bad Boy is just a jackass with no respect for anyone and is incapable of change. Give me Han Solo. The lovable scruffy looking nerf herder who shoots first, smuggles questionable cargo, wants monetary reward for a good deed (because he’s owes Jabba), and provides the third point of the love triangle that dissipated once it was revealed that Luke and Leia would be getting into twincest territory if they hooked up. We watch him grow throughout the original trilogy. By the end of A New Hope, he decides to put others first and risk further angering Jabba by helping the Rebellion in their assault on the Death Star instead of leaving to pay his debt as he said he would.

What happened to Mr. Nice Guy? Has our desire for the Bad Boy driven him away? Is it we prefer the Bad Boy when we escape into a book or TV show because we have Mr. Nice Guy in real life? I remember a time when the romance books I read, the heroine fell in love with the hero, not the antihero. It seems Mr. Nice Guy is now relegated to the role of the best friend who never gets the woman. I like the idea of a good Bad Boy on paper sometimes, but if I were to meet one in real life, I couldn’t even be friends with him. Especially some of the Bad Boys that I’ve read in the last year.

I know antiheros are used to create conflict. They’ve been used since classical Greek dramas, yet they seem to be more prevalent. When I sit back and assess the reality of some of the relationships forming between antihero and heroine in some of my reading, they are entirely unbelievable. What woman with any self-worth would allow a man to treat them the way some of the Bad Boys treat the heroines on paper? That leads to the question, did the writer develop a proper antihero or just give us a two-dimensional douchebag?

Mr. Nice Guy might not have the same mysterious aura or walk the same line of moral ambiguity, but he serves a purpose. He provides balance for our heroine. He’s the light at the end of the tunnel guiding her way. He holds her up so she can see clearly. He stands by her when no one else will. He keeps his arms open for her, waiting. Yes, Bad Boy can do all that too, but conflict increases. Some heroines need Mr. Nice Guy to lessen the conflict in their life rather than have Bad Boy to add to it.

Posted by Debi Smith on January 23, 2015 in Uncategorized

6 responses to “Where Have All The Good Men Gone?”