I never planned on setting Family Ties in Encinitas, or even in California. Unconsciously, the settings I was imagining as I wrote the first draft were familiar to me. In the end, connecting my characters to a setting I knew helped me to better connect with them. The same thing with The Downward Spiral. I didn’t intend to set it in San Diego, it just made sense to me that I set it there which led to me connecting the story and characters to characters from another book I’m working on and its fictional setting in Southern California – if you’ve read The Downward Spiral feel free to guess which characters you’ll see again in the future. 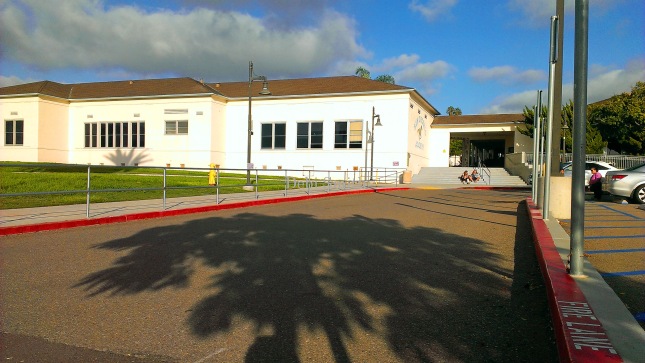 This is the courtyard of the school where Sara, Arissa, Jason, and Damien spent many lunches.

Outside the fictional biology room and where Sara and Jason spent lunch alone further down.

Magic Mountain which was mentioned but did not have a scene. I took this as we were driving to L.A. from Napa.

A view of Moonlight Beach from the parking lot. This is the first beach mentioned in Family Ties. 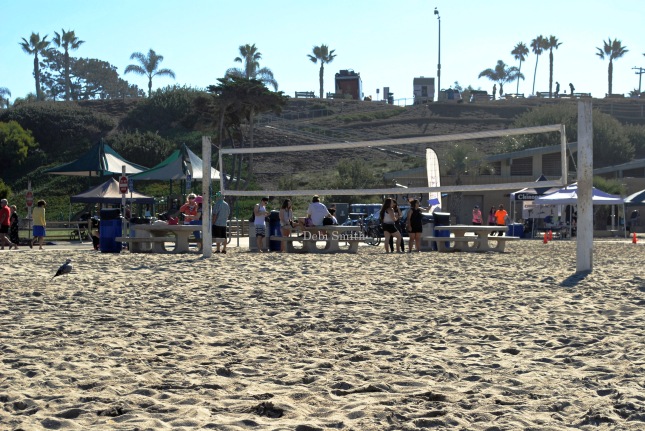 The picnic tables at Moonlight Beach where one scene took place in Family Ties. 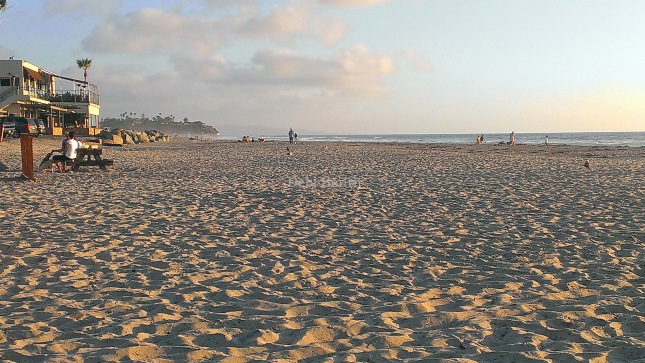 Cardiff State Beach where a couple of nighttime scenes were set. It wouldn’t be nearly as pretty if I tried to take a picture of it at night, though.

For more on Encinitas, you can check out this video from the Encinitas Coast Life Blog. 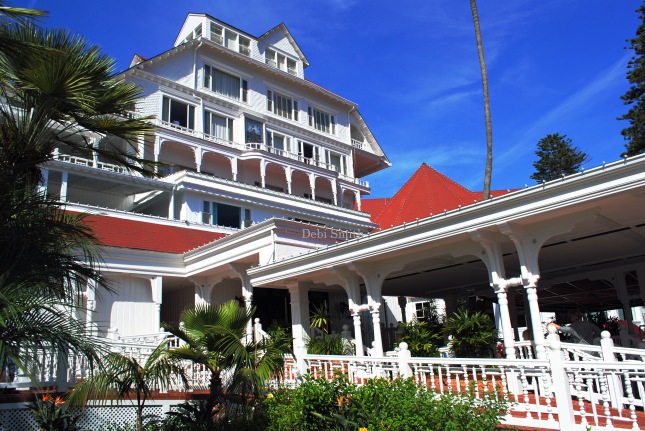 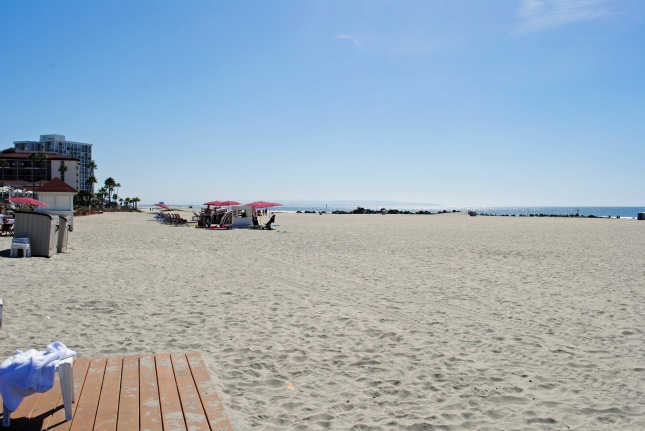 While researching Jason and Sara’s apartment in L.A., I searched for buildings within walking distance to UCLA and found the Levering Arms. They included floor plans in their photos and I chose one of them as their new home.

The other real setting I used in The Downward Spiral was Balboa Park. We met up with my friend and fellow author, Richard D. Mellinger, one afternoon and spent several hours wandering through the park while chatting. I’ll share more about that in another post. What’s important for this post is that I was inspired to write a scene that takes place in the Japanese Friendship Garden on the deck of the Inamori Pavillion. The garden is rather large and Inamori Pavillion, if you take the same route we did, is a natural stopping point before returning to the entrance.

This bridge is one of several in the garden. One of my favorite things to photograph in Japanese gardens are the bridges, particularly drum bridges.

Last but not least, the koi that inspired a funny moment in The Downward Spiral.

My next book takes place in mostly real settings but it’s also set in the 1990s, so many of the businesses that I use are no longer around. In some cases, the buildings themselves have been torn down. Intrigued? I’ll give you a little peek of one location in closing…

Posted by Debi Smith on January 20, 2017 in Uncategorized